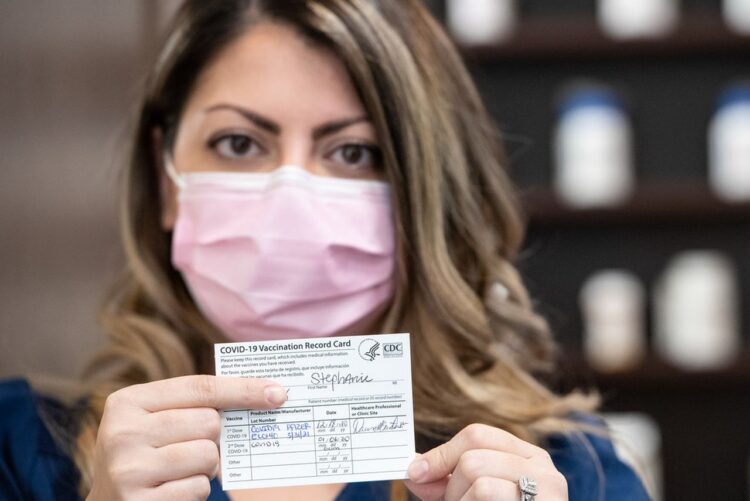 Over the weekend, I got a Facebook message from long-ago college friend Susan Zanandrea. We reminisced about the “good old days” and I commented that I’m eager to see things return to a pre-pandemic “normal.”

Susan’s response: “Amen to that. I am so frustrated with the non-vaccinated and conspiracy theorists. Remember when we all got along, left and right, but all had common sense?”

Her question spurred me to think about what more might the PR profession do to get over the current hump of vaccine resistance. From my vantage point, most PR pros seem to be onboard with the vital importance of vaccination to heading off a healthcare disaster. But we can and must to do more.

Knowing that Culpwrit readers will have great ideas, I decided to kick off a COVID Vaccine PR Challenge with some ideas and insights from a few PR leaders. Please add your suggestions in Comments or email directly to me.

Mixed messages from former President Donald Trump has led to confusion among his supporters, many of whom are vocal against COVID inoculation. Trump and some of the early MAGA naysayers, including Arkansas gubernatorial candidate Sarah Huckabee Sanders and Alabama Governor Kay Ivey, have recently urged followers to get vaccinated. However, they end with a caveat that you don’t have to do so if you don’t want to. That qualifier lessens the impact of their half-hearted messaging.

Nick Kalm, founder and president of Reputation Partners, agrees that Trump should be doing more.

“Even though there are many unvaccinated who are not among Donald Trump’s supporters (younger people, people of color), I do think Donald Trump should come out much more strongly and advocate all of his supporters to get vaccinated,” Nick said.  “He can wrap it around his pride in his Operation Warp Speed that got the vaccines developed and approved so quickly.”

Nick said Trump can talk about how angry he is that he didn’t get the credit he deserved for developing the vaccines. Noting that the former President is still very influential on a significant portion of the population, Nick said his followers who would listen to him if he said: “I brought the vaccines to market.  I got the vaccine myself.  It works.  You should go out right now, bring your family, and get the shot.”

Seldom a day goes by that a major network news program doesn’t show distraught family members or incubated patients pleading for loved ones to get vaccinated.

“FEAR is a major, major motivator, especially when DEATH to self or others is a major truth within the issue,” says crisis expert Mike Paul, president of Reputation Doctor.

“FEAR has been effective in the past with major national and global campaigns regarding smoking, cancer, drinking and driving, AIDS, food recalls, product recalls like faulty cribs and so much more,” Mike explained, noting that he has worked on all of these issues in the past.

DePaul colleague and writing maven Jill Stewart suggested taking the lead from past healthcare crises and how they eventually led to wider public acceptance. Her four examples:

AIDS was politicized until actor Rock Hudson got sick and he was First Lady Nancy Reagan’s friend, so suddenly AIDS was real. Education was key, but so was treatment via pharma. Now it’s a chronic illness rather than a death sentence.

Tobacco – First Surgeon General’s report was in 1964, but correlation between cigarettes/lung cancer established in 1952. Now smoking is socially taboo, but it took decades.

While role models, influencers and simply leading by example can make a difference, Jill said mandates make the most sense for HC workers, schools, people who work with seniors.

Jill and Mike Paul both agreed that full approval by the FDA would help, or at least it would take away one excuse. Currently, the three main vaccines in the U.S. are available under FDA emergency use authorization.

Michelle Flowers Welch, chairman & CEO of Flowers Communications Group, has been doing a lot of work in the Chicago area on behalf of the vaccine roll out. She says “real stories from real people help build a connection and are often a compelling driver.”

“If you can encourage them to share why they got vaccinated and the passion points that moved them to make the decision, it helps others go through their own process and find personal reasons that can move them to get vaccinated,” Michelle explained. “What you’ll have is a cadre of personal reasons that motivate and inspire others to think for themselves, analyze their hesitancy and make their own decisions.  The pure facts are out there.  It’s finding a passion point that motivates action.”

Michelle urges PR pros to use their platforms/websites to tell their own truths, their own stories can reinforce and amplify the messages from other national and local messengers engaged in the fight to get more shots in arms.  “By the way, their own stories are very layered and go beyond just them to include family, friends, and others in their personal sphere,” Michelle noted.

What Would Betsy Do?

As we consider ways to address this historic healthcare crisis, I asked myself a question that often comes up when faced with major PR issues: What Would Betsy Do? Betsy, of course, is the late Betsy Plank, a PR legend and long-time friend.

Whenever I have such a question, I turn to the person who literally wrote the book on Betsy Plank — Karla K. Gower, Ph.D., director of the Plank Center for Leadership in Public Relations. Karla just completed writing Betsy’s biography, “Betsy Ann Plank: The Making of a Public Relations Leader,” which will be published in March 2022.

“Betsy did not believe you could convince the public simply by providing them with ‘large doses of facts,’” Karla said. Betsy felt such an approach was not unlike “a fanatic who is convinced that the Good Lord would be on his side if he only understood the facts.”

Instead, Betsy believed that you had to begin where the public was. If you wanted someone to learn something, “you must relate to his experience, not force him to leap to yours.”

“You need to listen to people’s concerns and answer their questions,” Karla explained. “Through that approach Betsy hoped to ‘avoid the myth of manipulating opinion, engineering consent,’ because ‘the public has a mind and will of its own—and the power to exercise it.’” She would insist that any messages be “clear, open, and thorough—written with a genuine concern and understanding for the men and women for whom they are intended.”

Karla added that Betsy would say you have to figure out what motivates people and appeal to that.

One person who knows what Betsy would do is Pat Ford, professional in residence at the University of Florida. Read Pat’s communication action game plan thoughts in the adjoining blog post.