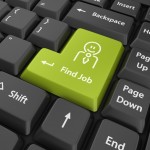 I heard encouraging reports from leaders of Chicago-area agencies during a recent regional meeting of the Council of Public Relations Firms.  Many reported hiring more people so far this year than they did all last year.  This trend received further confirmation this week via two promising jobs reports from the National Association of Colleges and Employers (NACE), the association of career services professionals.

According to results of NACE’s 2011 Job Outlook Spring Update, employers are planning a 13.5% increase in hiring of new gradates.  NACE says employers plan to hire 19.3% more graduates in 2010-11 than they did the prior two-year period.

Underscoring the importance of internships, NACE reports that employers converted 57.7% of their 2010 interns, up from 53.3 percent for 2009 interns.  For more information about the internship data, check out NACE’s 2011 Internship & Co-op Survey.

Following are some other highlights from NACE’s 2011 Job Outlook Spring Update:

These reports don’t mean job searches suddenly become easier, but the odds of landing a job are considerably better than any time in the past several years.  Where agencies were receiving 300 or more resumes for entry-level jobs last year, some report receiving a fraction of that number today.  Let’s hope this trend continues.